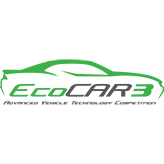 During the EcoCAR 3 competition, the team transformed a gasoline-only 2016 Chevrolet Camaro into a plug-in hybrid electric vehicle while simultaneously reducing harmful environmental pollutants. Over the course of four years, Penn State AVT was required to redesign this pre-production Chevrolet Camaro into a fuel-efficient hybrid electric vehicle without altering the consumer appeal inherent in sports cars like the iconic Chevrolet Camaro. The competition is now over but the team continues to strive for that same goal. By mirroring the vehicle development process developed by General Motors, Penn State students are able to experience an industry-level vehicle launch process, from inception to completion.

ECOCAR 2: PLUGGING INTO THE FUTURE

The predecessor to EcoCAR 3 was EcoCAR 2: Plugging In to the Future. Fifteen teams across North America re-engineered a 2013 Chevrolet Malibu donated by GM to increase fuel efficiency and decrease harmful emissions while maintaining consumer acceptability, performance and safety. To achieve this goal, the Penn State Advanced Vehicle team designed a series plug-in hybrid electric vehicle. This means an electric motor is the sole source of propulsion. A series vehicle also includes an engine connected to an electric generator, which can be used to recharge the vehicle’s batteries. Emissions are lowered because the engine can be used in its most efficient manner. On a full charge and a full tank of gas (9 gallons), the Penn State Malibu can go over 200 miles! The Penn State team came to competition with the smallest engine, 0.75 L, which was student tuned to run on E85 (85% ethanol and 15% gasoline) fuel. The team’s car was the lightest vehicle at the competition. The team won first place in Year Two and third place in Year Three competition, and was recognized for the best AVL DRIVE quality both years.

ECOCAR : THE NEXT CHALLENGE 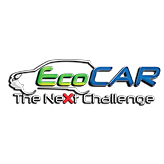 The first EcoCAR challenge began in 2008, as EcoCAR: The NeXt Challenge. The competition challenged 16 university teams to re-engineer a donated Chevrolet Vue with the goals of improving fuel economy and emissions while maintaining performance, safety, and consumer appeal. EcoCAR was headline-sponsored by the U.S. Department of Energy, General Motors Corporation, with the support of many more organizations from the United States and Canada. Penn State’s EcoCAR team placed 3rd overall, Spirit of Outreach Award and Best Autocross Time. 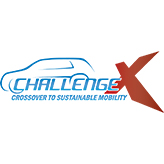 Challenge X: Crossover to Sustainable Mobility provided engineering schools with an opportunity to participate in hands-on research and development with leading-edge automotive propulsion, fuels, materials, and emissions-control technologies. Seventeen teams designed and developed a low-emission, diesel-hydrogen Chevrolet Equinox. The Penn State team placed 6 due to a malfunctioning urea system. Like our 2002 “Wattmuncher” vehicle, our ChallengeX Equinox is a versatile parallel hybrid; its diesel engine can both turn the wheels directly or turn the electric generator the charges the vehicle’s lithium-ion batteries.

General Overview of the Vehicle:

Below are several key components of our vehicle manufactured by Penn State students. Penn State takes team engineering very seriously. The PSUAVT Team is divided up into six different teams that specialize in one of six areas of the vehicle. These six areas are Controls, Electrical, Engine, Fuels, Integration, and Lightweighting. When deciding on adding or changing new components to the vehicle, the teams collaborate with each other to determine the best procedure and modification for the task. This ensures that the team produces a fully integrated vehicle that performs up to production standards. Once a decision is made, the team in charge of the project gets to work installing/modifying the system. Our teams work around-the-clock making sure that the component is installed safely and correctly. This leaves our maximum turn around time to be under 5 days for a new system, and 2 days for an existing system. After the component has been installed, the next task is to test and refine the installed system. To do so, that system enters a 5-day freeze that allows PSU engineers to find all the bugs, verify the interaction with other systems, and make sure that the system is operating safely. After the freeze phase, the team in charge has 10 days to refine the system to increase it’s efficiency and effectiveness. Using this process for all the tasks on the vehicle, the PSUAVT Team produces top quality vehicles ready for the road to the future. FutureTruck was a unique five-year engineering program that brought together the resources of industry, government, and academia in a cooperative effort to address important environmental and energy-related issues posed by the growing demand for sport utility vehicles (SUVs). FutureTruck was sponsored by the U.S. Department of Energy (DOE) Office of Energy Efficiency and Renewable Energy, Ford Motor Company, General Motors Company, and a variety of other sponsors and was managed by Argonne National Laboratory’s Center for Transportation Research. The FutureTruck competition challenged teams of students from 15 top North American universities to continue reengineering a conventional production vehicle into a lower-emissions vehicle with at least 25% higher fuel economy, without sacrificing the performance, utility, safety, and affordability consumers want. To meet these challenges, students employ cutting-edge automotive technologies, including advanced propulsion systems, lightweight materials, and alternative fuels, such as hydrogen, ethanol, and biodiesel. All of the teams in are implementing hybrid electric design strategies: an internal combustion engine with a battery and electric motor. Quoted from http://www.transportation.anl.gov/competitions/futuretruck.html